Abdeen Mustafa Omer (BSc, MSc, PhD) is an Associate Researcher at Energy Research Institute (ERI). He obtained both his PhD degree in the Built Environment and Master of Philosophy degree in Renewable Energy Technologies from the University of Nottingham. He is qualified Mechanical Engineer with a proven track record within the water industry and renewable energy technologies. He has been graduated from University of El Menoufia, Egypt, BSc in Mechanical Engineering. His previous experience involved being a member of the research team at the National Council for Research/Energy Research Institute in Sudan and working director of research and development for National Water Equipment Manufacturing Co. Ltd., Sudan. He has been listed in the book WHO'S WHO in the World 2005, 2006, 2007 and 2010. He has published over 300 papers in peer-reviewed journals, 200 review articles, 7 books and 150 chapters in books

Prof. Ch. Sanjay had joined GITAM University, Hyderabad as a Founder Campus Director in June 2009. He is a certified Corporate Director of World Council for Corporate Governance, UK and visited most of the South Asian Countries for Research and presenting papers.He has more than 24 years of experience in Industry, Research & Teaching and had worked four years as a Associate Professor of Manufacturing Engineering and Management at Government Universities in Malaysia and Singapore. He was a key note speaker for more than 40 international conferences and a member of advisory and technical committee for 60 international conferences and organized 65 international conferences. He is member, Editorial Board and Reviewer for more than 20 international journals. He has to his credit 4 books published by reputed publishers and authored more than 60 research papers and published in peer reviewed and indexed journals and conference proceedings. He is recipient of many International and National awards such as Academic Excellence, Research Excellence,Best Engineer, Best Principal award, Best Academic Administrator, Education leadership and Engineers Educator award.

Biography: Nneile Nkholise is the founder of iMed Tech, a company that designs an ReadMore...

Nneile Nkholise is the founder of iMed Tech, a company that designs and manufactures medical prosthesis particularly segmented at the breast prosthesis. She has been recognised as World Economic Forum top female innovator in Africa for her role in using Additive Manufacturing in prosthesis fabrication.

Professor emeritus Arieh Zaritsky runs a laboratory investigating pure and applied fields. During his career, he has instructed over 50 graduate students/scientists and was awarded numerous research grants. He visited higher education Institutions around the world and delivered invited lectures at international meetings. After obtaining a distinguished MSc in Genetics at The Hebrew University (1967, Israel), he graduated (PhD) at Leicester University (1971, UK) and post-doc'ed at Copenhagen's Institute of Microbiology (1972, Denmark). Professor Zaritsky is a recognized expert on bacterial and bacteriophage physiology, on which he published about half of his 130 peer-reviewed articles, and was awarded (1994) Burroughs-Wellcome/ASM Visiting Professorship. 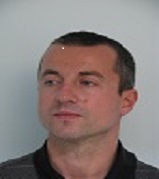 Biography: Nicola M. Pugno was born in 1972 in Pavia, Italy and is married and ha ReadMore...

Nicola M. Pugno was born in 1972 in Pavia, Italy and is married and has three babies. He holds a Master’s degree in Mechanical Engineering and a Master’s degree in Theoretical Physics, as well as a Ph.D. in Fracture Mechanics and a Ph.D. in Biology. He is a Full Professor of Solid and Structural Mechanics at the University of Trento, Italy and there Founder and Head of the Laboratory of Bio-Inspired and Graphene Nanomechanics (previous Associate Professor, Founder and Head of the Laboratory of Bio-Inspired Nanomechanics “Giuseppe Maria Pugno”, at the Politecnico di Torino, Italy). He is the Scientific Responsible of Graphene Nanocomposites (within the Graphene Flagship) at the Fondazione Bruno Kessler, Trento, Italy and Full Professor of Materials Science at the Queen Mary University of London, London, UK. He has published about 260 International Journal (Int. J.) papers on Solid-, Structural-, Fracture-, Bio- and Nano-Mechanics in leading international journals (including Nature, Nature Materials and Nature Communications) mainly on nanotubes and graphene and bio-inspired nanomaterials (e.g. mimicking limpet teeth for strength, spider silk for toughness, gecko foot for smart adhesion, lotus leaf for self-cleaning, bone for self-healing, etc.). He is a Reviewer for about 100 Int. J. and is in the Editorial Board of about 40 Int. J., including Academic Editor of PlosOne and Scientific Reports (Nature Publishing Group) as well as Editor-in-Chief of Bio-Inspired Materials and Frontiers in Materials - Mechanics. NMP has received 4 grants from the European Research Council: the 2011 ERC Starting Grant (at the Consolidator level), in 2013 both the two ERC Proof of Concept assigned to Italy and in 2015 a third ERC Proof of Concept. 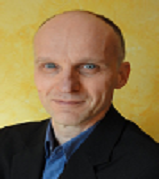 Pr. Luc Avérous is a Group (BioTeam) Leader, Head of Polymer Research Department at ICPEES (UMR CNRS 7515) Univ. of Strasbourg (France), and former Lab Director. He started as Polymer Engineer (EAHP-Strasbourg). Then in 1995, he obtained his PhD in Polymer Science & Engineering (Ecole des Mines de Paris). In 1997, he became A/Prof. at ESIEC (Reims-Fr) after two post-doctoral positions (Ecole Polytechnique de Montreal, ). Then in 2003, he became a Full Professor at ECPM (Univ. of Strasbourg), where he teaches biopolymer science, biomaterials, composites, plastic processing & polymers charact. During the last two decades, his major research projects have dealt with biobased and/or biodegradable polymers for environmental & biomedical applications. As a leading international expert in these fields, he has developed strong collaborations with several foreign labs (Australia, Brazil, Canada, Spain, ) and major companies (Total, PSA, Soprema, Tereos, ). He serves as a member of research advisory boards for different companies. He is regularly invited to co-organize Conferences, to chair Symposia, and to give plenary or keynote lectures overseas. In 2011, he was the main organizer of 2 major International Conferences in Strasbourg: BIOPOL & WoodChem 2011. He has co-edited 3 books (Wiley, Elsevier & Springer). He is a member of several Editorial Boards, and Guest Editor for scientific journals. He is a referee for many scientific journals, books and international projects.He has published hundreds of scientific communications with around 5000 citations.

Biography: I have a BA degree in Ancient History and another in Classics from In ReadMore...

I have a BA degree in Ancient History and another in Classics from Indiana University, an MA degree in Biological Anthropology and a PhD. in Anatomy and Cell Biology from the University of Illinois. I am a professor of Biology and Biomedical Engineering at Louisiana Tech. Dr. Mills has successfully mentored over 45 undergraduate research students and, under his guidance and direction, 6 PhD student in engineering, 16 MS students in Biological Sciences, 2 MS student in Chemical Engineering, 16 MS students in Biomedical Engineering, and 6 MS students in Molecular Science and Nanotechnology have received their advance degrees. He founded organic NANO, a Louisiana S-Corp in 2011, and Southern Biomedical Products in 2014. Organic NANO is primarily in the business of developing and commercializing nanoenhanced technology focused on bioactive hydrogels and multi-composite nanocoatings and nanofilms.The company’s mission is to develop bioactive therapeutics that prevents infection, and advance tissue repair and regeneration at the nanoscale using biocompatible and green biomaterials. Southern Biomedical Products is dedicated to producing customized and drug-loaded 3D printed biomedical devices. 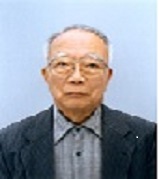 Nariyoshi Kawabata completed his PhD degree from Kyoto University at 1963. He was a chemistry assistant at Kyoto University from 1963 to 1969. He was an assistant professor of Kyoto Institute of Technology from 1969 to 1976 and a professor from 1976 to 1999. He was a professor of University of Shiga Prefecture from 1999 to 2005. He has a faithful opinion about severe duty of chemists in the protection of natural abundant environment from harmful and obstructive chemical materials produced by chemists and chemical industry.

Biography: Dr., Zizi Abdeen is a professor of petrochemicals in the Egyptian Petr ReadMore...

Dr., Zizi Abdeen is a professor of petrochemicals in the Egyptian Petroleum Institute, Cairo, Egypt.She has been involved with more than 6 scientific supervisions and has attended about 10 national and international conferences. She has got 27 scientific paper publication and 1 book publication to her name.She is a peer reviewer for 16 international journals and editor of 23 international journals. She is an expert in the field of standardisation and lab management

Harun Pirim received his Ph.D. degree in Industrial and Systems Engineering from Mississippi State University in May 2011. He holds Operations Research MA and Industrial Engineering BS degrees from Dokuz Eylul University, Turkey. He recently developed a minimum spanning tree based algorithm and a mixed integer programming model for clustering applications. His research interests include mathematical programming and heuristic applications in biology, sociology, and supply chain fields focusing mainly on graph mining. He has several papers published in reputed journals, conference proceedings, book chapters and a brief Springer book on supply chain optimization. He served as a reviewer for many journals. He is currently working at King Fahd University of Petroleum and Minerals (KFUPM) Systems Engineering Department as an assistant professor.